Here you can view the different activities of the Robotics Club.

Robocup is a nationwide robotics competition between the robots of engineering colleges of Nepal. Built by undergraduate engineering students of the respective colleges of the country based on the official themes and rules, the robots compete against each other to claim the crown. Organized by the Robotics club of the Pulchowk Campus in association with various other technical bodies of the institution, Robocup is the national iteration of and inspired by the international Robocon. 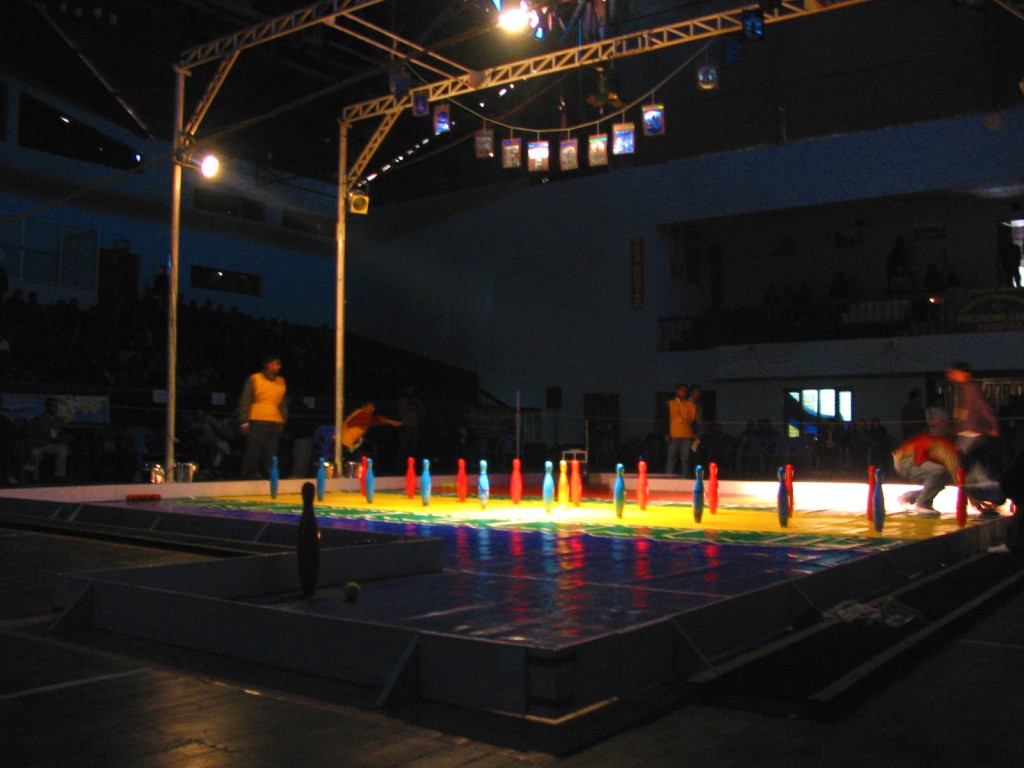 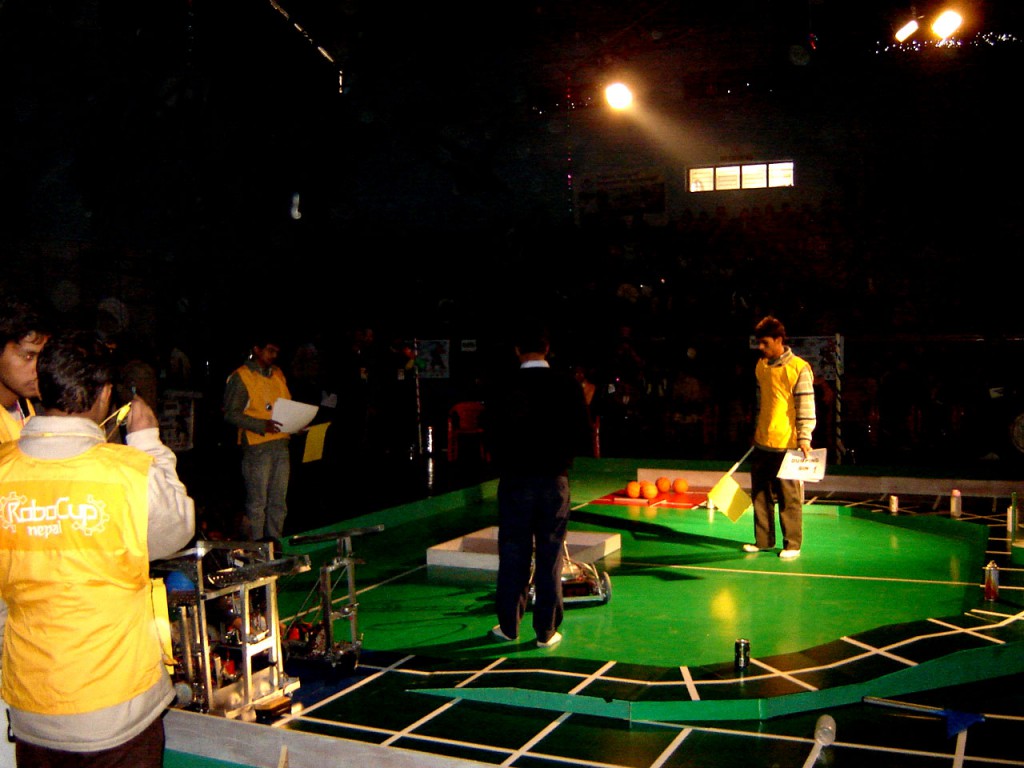 After participating in a few Robocons, the pioneer members of the club realized the impact that such competitions made in each country. Stronger countries demonstrated robots that had won the national competitions involving hundreds of teams and so they were always the fine and fluid ones. National competitions always promised continuous step forward in robotics. Inspired by the same, such competition was proposed in national level in Nepal too. This led to the inception of Robocup 2004 entitled ‘Robosoccer’. A relatively simple theme was proposed in the first iteration of Robocup but the innovation of participants in the very first platform promised even better results in the future. The Robotics Club thus went on to organize six Robocups from 2004 to 2012.

Click here to view about the Robocups in detail.

Sharing others’ sorrows always feels good. Being able to actually help them, even better.

The massive earthquake of April, 2015 shook the whole nation pulling down hundreds of thousands of houses and turning countless hearts helpless and broken. We in the club ourselves were the victim of the devastation. Fallen walls irreparably damaged some of our invaluable robots from the past. All the Robocon work was almost left in limbo. We were forced to sleep in terror of the tremors and aftershocks, as did the country.

However, the feeling of responsibility took over the insecurity when we heard of the even dismal situation of the affected people in the rural areas and the idea of building semi-permanent shelters for them with the help of aid from the sponsors. Thus, in the month of May the club members assembled and began the production of the prototype house, which was in course named ‘Chharito Ghar’.

As the shelters gained popularity, more sponsers came on the way which called for the need of mass production of the shelters. The mechanical workshop and engine lab of the campus were requested for the space and granted by the campus. Students of the campus and well-wishers volunteered for the campaign doing whatever they can to assist. The club members spent all their time for the campaign. Each person was either in the workshop fabricating the panels or installing houses on sites. In the span of a month, more than 200 shelters were fabricated and dispensed to the sites for installation; thanks to the unabated and sincere efforts of the members and all the volunteers. 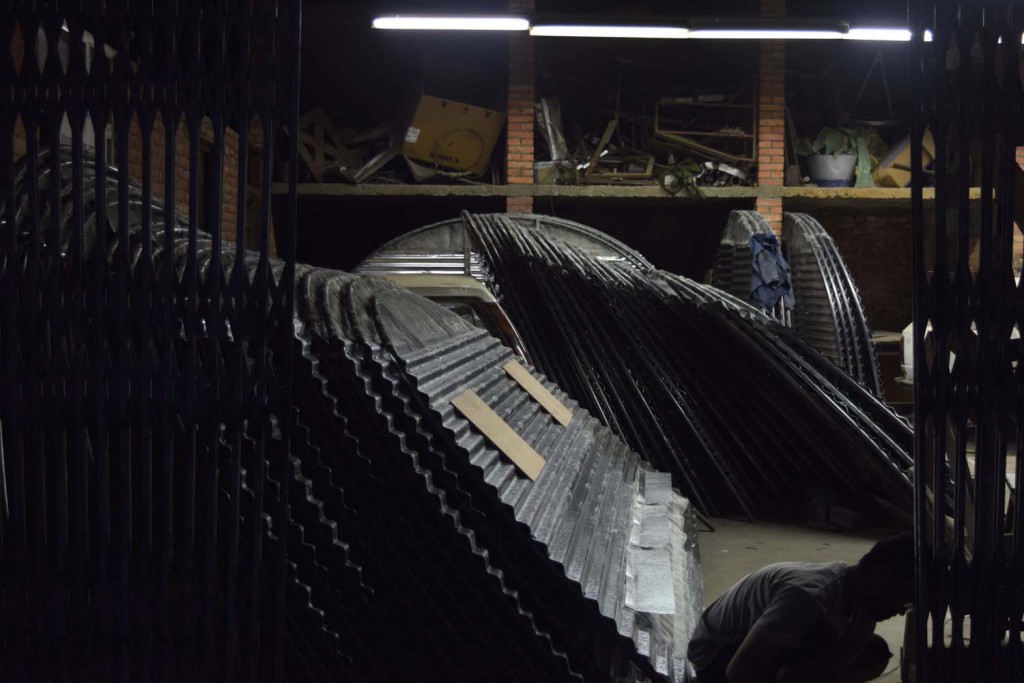 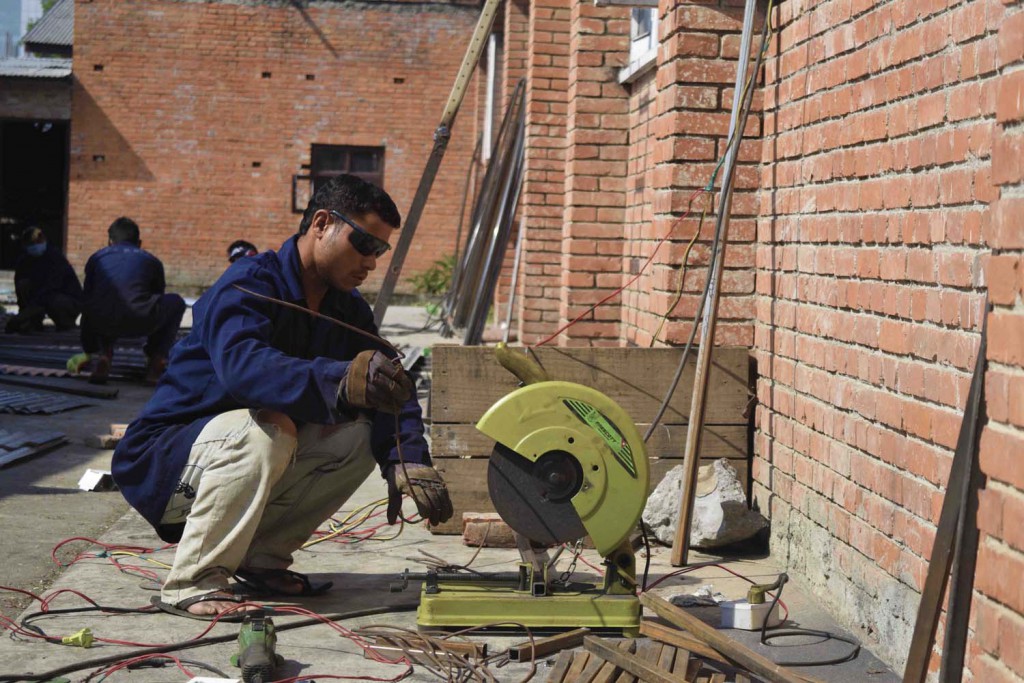 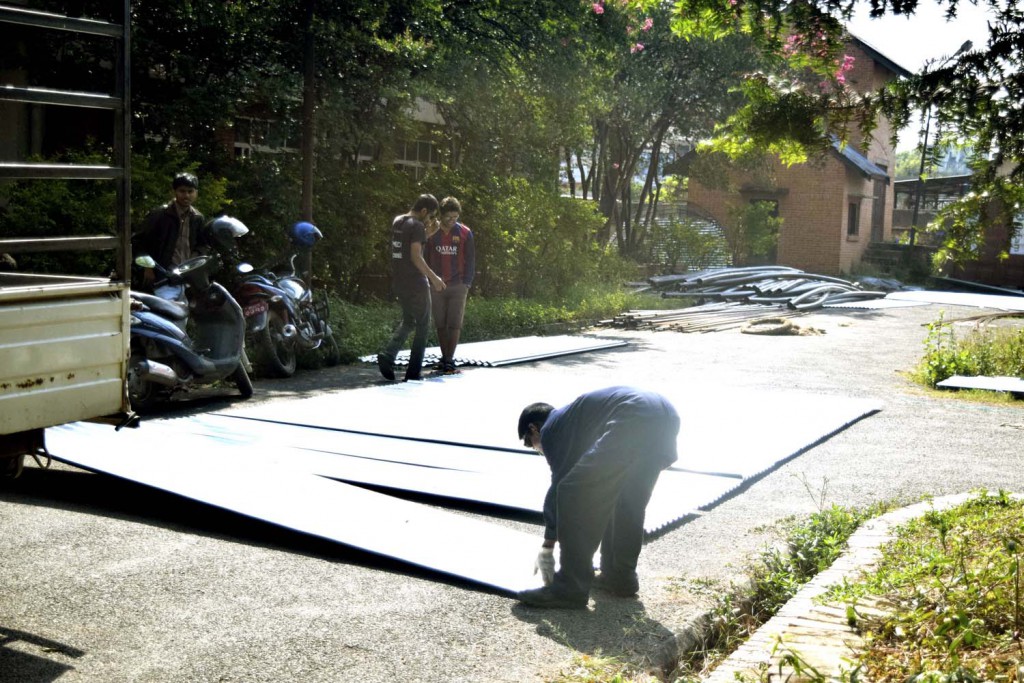 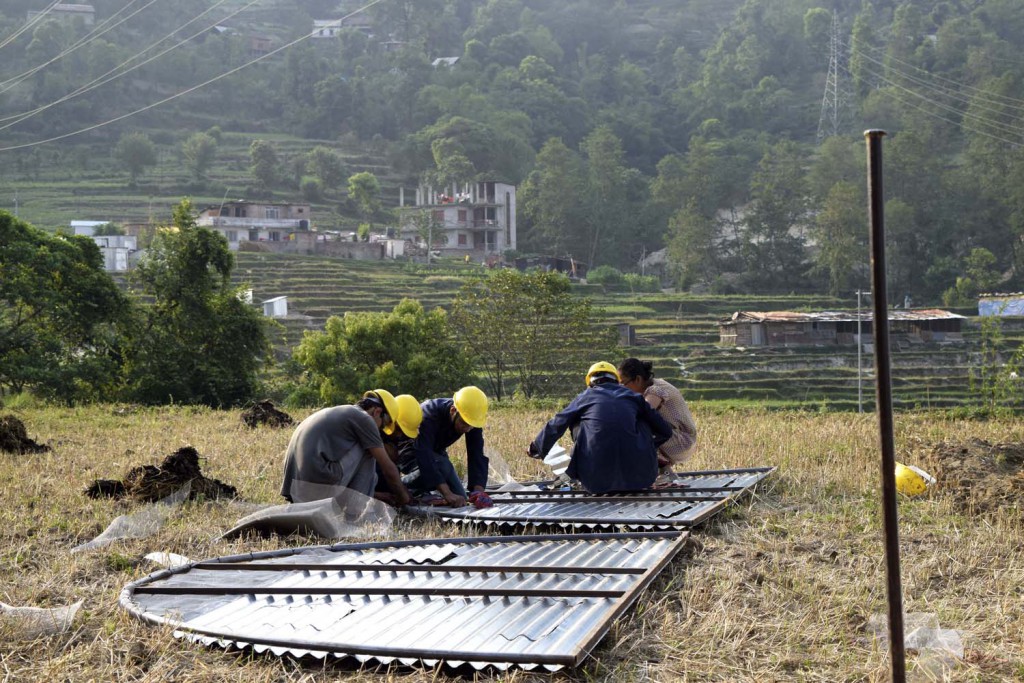 The houses were installed while demonstrating the procedure to the locals so that they could help themselves out install the remaining. The site visits surely provided the opportunity to know our less accessible areas and villages better but on top of that, bringing the technical skills and knowledge obtained from the Robotics club to some benign use delivered the most satisfaction of all. Maybe the same blessings of the people finally reflected on the Robocon arena! Nonetheless, the campaign brought mutual benefits in regards to some financial aid from the sponsors. The club got new power tools (which were used during fabrication) as well as the much needed aid to buy the unavoidable electronic components from the same campaign without which the final robots could have never been constructed as they had been.

We get a number of visits every year by numerous people ranging from professors of associated universities abroad to enthusiastic school and high school level students keen to know more about robotics and automation. The club also has many non-residential Nepalese friends who keep in touch and pay occasional visits to the club motivating us.

The club is a centre for innovative and intriguing projects of undergrad students. Following projects have been carried out in the club by the members for exhibition purposes in various national expos or when asked for in major events.

Besides, some of our projects from the past non-existent today are honourably mentioned below: